Graphic Communications Group Ltd (GCGL) was established in the Gold Coast as a private business in 1950 by the Daily Mirror Group of Britain. At that time, the company was named the West African Graphic Company Limited.

Cecil Harmsworth King Jr, who was in charge of the Daily Mirror Group’s West African operations, was the founder chief executive of the company.

The company appointed Martin Therson-Cofie, a Ghanaian, as the first editor of the Daily Graphic and later The Sunday Mirror, which is now The Mirror. 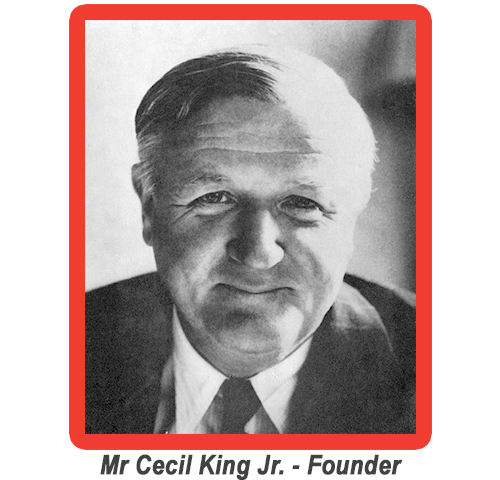 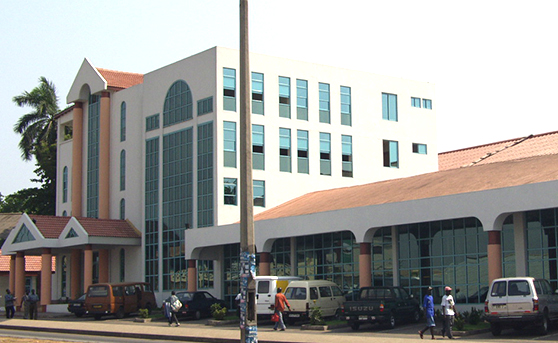 The local press, mainly owned by political parties and nationalists agitating for independence from Britain at the time, mounted a spirited protest against the establishment of the company, whose founder they described as an “Imperialist serpent.” With slogans like “Away, White Press,” and “Go home, Mr King,” they tried to make it impossible for the company to start operation.

The protest became a subject of a petition before the Joint Provincial Council of Chiefs, held in Dodowa. The local press, led by Dr F. V. Nanka-Bruce, a medical doctor, politician and publisher of The Gold Coast Independent newspaper, had brought their case to the council. The local press feared that a newspaper from a company with British ownership would stifle Ghana's struggle for independence.

They had also argued that Graphic's establishment would lead to the collapse of the local newspaper industry, apart from affording the British the opportunity to define the practice of journalism in the Gold Coast. The chiefs, however, rejected their petition. Contrary to the fears of the petitioners, the chiefs said the entry of Graphic into the Gold Coast newspaper business would result in competition, technology transfer, high professional standards and employment. They, however, requested that the new company employ a Ghanaian among its leadership.

With the way cleared, Graphic launched its first newspaper, the Daily Graphic, on 2nd October, 1950, which immediately came to represent the professional way journalism should be practised, as the local press cared less about professionalism in their practice.

On the first day, because of fear of boycott due to the protest, 2000 copies of the newspaper were printed instead of 10,000 copies originally planned. However, by 12 noon that day, all the 2000 copies had been bought.

Another publication and Name Change

Three years later, on August 2nd 1953, the company published its second newspaper, The Sunday Mirror, now The Mirror. In 1957, the Gold Coast gained Independence from Britain and changed its name to Ghana.

In 1964 the Mirror Group, the owners of the company, sold it to the Ghana government for £6,600. According to the founder of the company, Mr Cecil King, in his memoirs, they sold the company to the government “not because of political difficulties but because the incompetence of the exchange and import control system was gradually bringing us to a halt.”

The Company Gets a New Name

In 1973, the company diversified into packaging, setting up a packaging department.  Later, in 1976, the department became a subsidiary known as the Graphic Packaging. Its name now is G-Pak. In that same year, Graphic bought its second press and became the first in the print media industry in Ghana to install a semi-automatic Harris web offset press.

It then increased its newspapers to three by adding the Graphic Sports to the Daily Graphic and The Mirror on 23rd April, 1985. Ten years later, in 1995, the company retooled with a Heidelberg Harris press, an upgraded version of the semi-automatic Harris web offset press, able to print colour. Again, Graphic became the first in the print media industry in Ghana to print newspapers in colour.
The company’s fourth newspaper, Graphic Showbiz, was then introduced on 26th February, 1998. 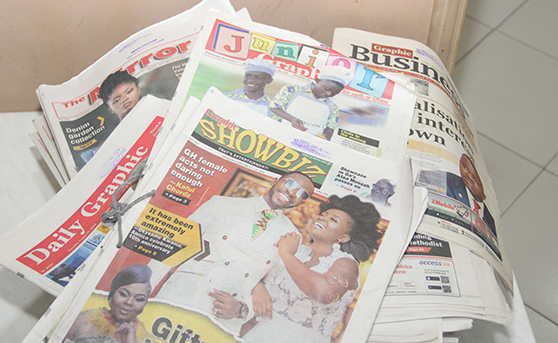 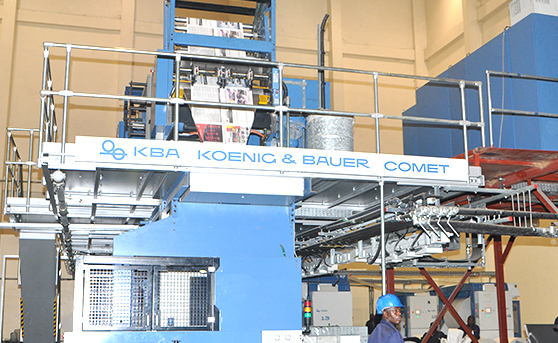 Then the company changed its name again in 1999 to its current name, Graphic Communications Group Ltd., after converting to a limited liability company and introduced the Junior Graphic on 6th September to mark its golden jubilee in 2000. The Graphic Business was also launched on 26th August, 2008.

The company retooled again in 2012 with a KBA Comet press, a more modern efficient press that can print 75,000 copies per hour.

Also, the company diversified into courier service and sale of printing materials in 2014. Consequently, it set up the Graphic Courier and Graphic Print Supplies.